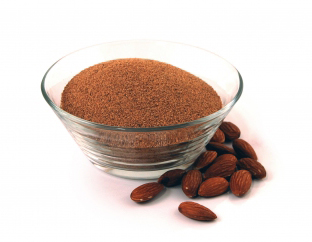 0
Products with this ingredient
View all products

There are two types of Almond (sweet and bitter), but we use the sweet one.

The Almond is a fruit and a part of the plum family.

The Almond tree is a medium-sized tree, native to the Middle East and North Africa. Its white blossom is captivating and beautiful, inspiring many legends.

The ancient Greeks and Romans used to eat almonds to counter the effect of alcohol.

The Almond tree was first cultivated in Britain in the 1500s when it was grown for its blossom. The herbalist Gerard said, 'Almonds were in our London gardens and orchards in great plenty.'

Our almonds originate in the warmth of California, one of the largest Almond growing areas in the world.

The Almonds themselves are shelled and the shells are then ground. Almond crops are very susceptible to weather, achieving larger quantities in sunny climates. The trees themselves don't produce almonds for the first three or four years of their lives and will be productive until around twenty-five years. To produce the almonds, the flowers need to be pollinated and many of the producers keep beehives to encourage this.

The finely ground shell of the sweet Almond creates an effective exfoliant.