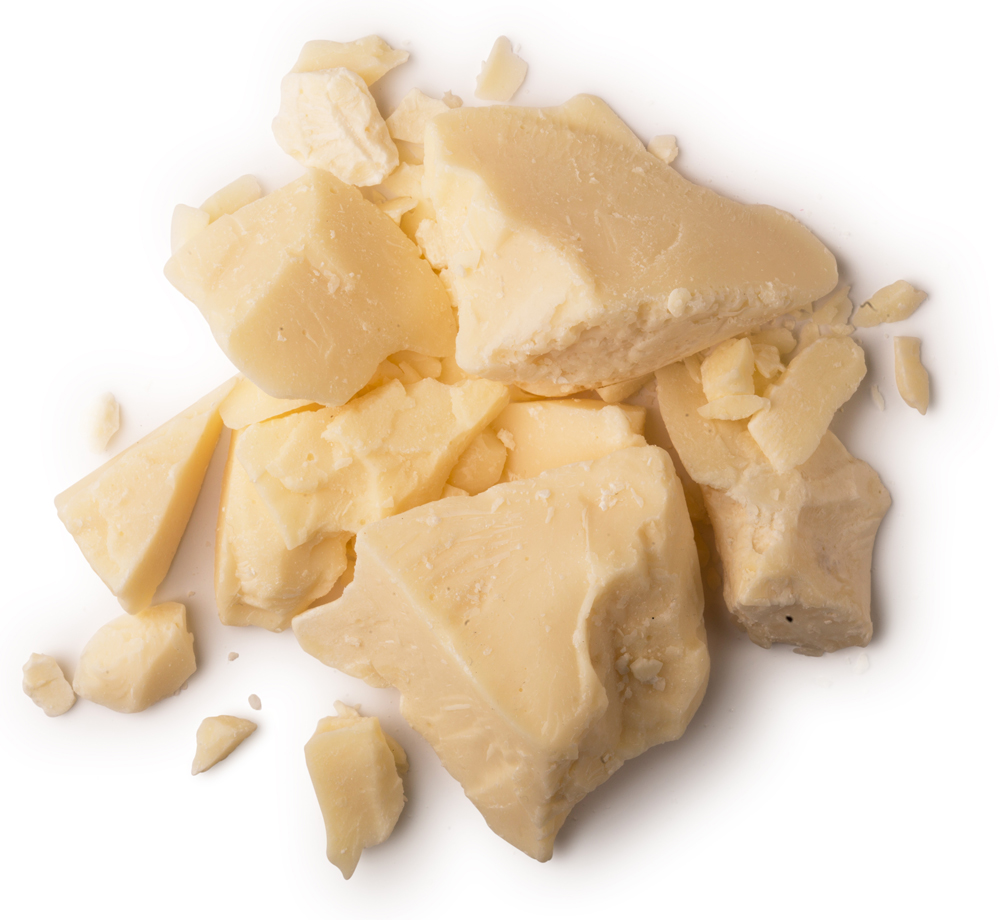 4
Products with this ingredient
View all products

Cocoa butter is a rich, fatty substance derived from the seed of the cacao tree. Using cocoa butter enables us to create a solid base for self-preserving items like massage bars as the butters melt at body temperature, carry ingredients into the skin and beautifully softens the skin at the same time.

Cocoa butter contains oleic acid, a saturated fatty acid which is highly compatible with our body’s natural sebum, aiding the absorption of other active ingredients into the skin. It also contains stearic acid, which emulsifies water and oil within skin cells, plumping them and giving a softened feel to the skin. As well as being highly softening, the stearic acid and the solid form of cocoa butter means it is also a natural emulsifier in products, meaning it binds oil and water together in lotions, and in solid products to create a tight emulsion that does not leave space for microbes to move around and grow.

The Communidad de Paz de San José de Apartadó in north-west Colombia is one of our three Fair Trade cocoa butter suppliers. This group consists of roughly 2,100 farmers all pledged to non-violence in an area ravaged by the army, leftist guerrilla fighters and right-wing paramilitary groups. The Community have developed ways of growing which incorporate permaculture techniques, such as mixed planting and composting, so they don’t need to buy pesticides and fertilizers. The community also cultivate a variety of crops to eat and to sell including bananas, avocados, corn, rice, beans, plantains, and, of course, cocoa beans.

Lush has been buying cocoa from the Community since 2010. It then ships it to Europe to be processed into cocoa butter and powder. Lush supported the Community’s application to become certified Fair Trade and organic producers and between 2015-16 bought 50,000 kilograms of Fair Trade organic cocoa beans directly from this peaceful community.

Fair Trade Colombian Cocoa Butter can be found in these products